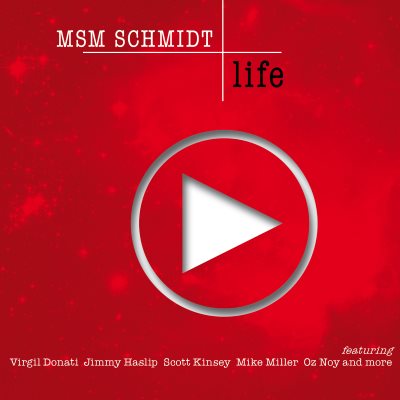 My sixth record is finished and will be released in September 2017 on Laika Records!
It will feature some of the best musicians on the planet with 8 brand new songs, additionally an alternative version of the title track "Life" and one more song that was originally composed for the previous CD "Utopia". I re-arranged the song entitled "Exodus" and added some new parts.

Kudos to my friend and producer Jimmy Haslip! Without him this production probably never would have seen the light of day.